I know we just welcomed in 2013, but it wouldn’t feel right if I didn’t pay tribute to those amazing experiences I enjoyed in 2012. So, without further ado, here are my TOP favorite moments of 2012 – in no particular order… (Enjoy!)

1. Flying over the Big Island in an open-door helicopter 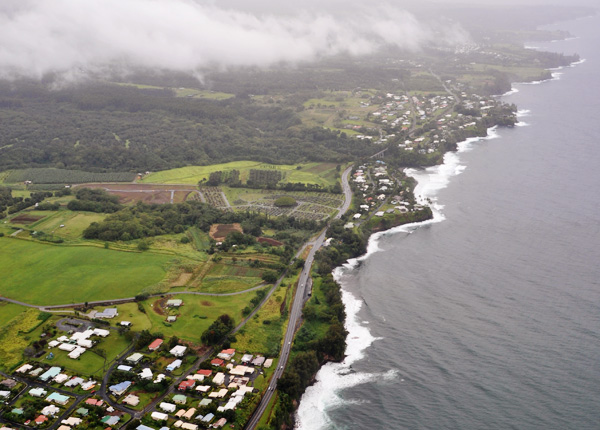 Dave and I took an amazing week long trip to Hawaii, Hawaii last spring. Rumor had it that the “only way to really experience the Big Island” was via helicopter. I’ve never really enjoyed flying in airplanes, so the idea of a helicopter ride spooked me a bit. But, I figured that if that’s THE only way to truly experience the Big Island, I better do it! And, since I was going to do it, I might as well go all the way – OPEN-DOOR helicopter ride, baby!

Man, am I GLAD I did! It was thrilling and SO very worth it. Prior to the adventure, we thought Dave was going to love it and I would be hanging on for dear life. But, it was exactly the opposite. While Dave was holding on as tight as he could, I was the one leaning out of the helicopter – taking picture after picture after picture. It was such an experience, and I’d do it again in a heartbeat! (I think Dave would, too.)

2. Watching Pele dance around a fiery pit of smoke 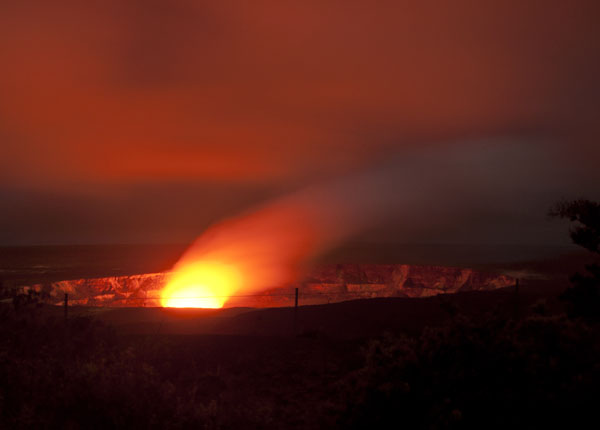 Half our vacation in Hawaii was spent in Volcanoes National Park (yes, we’re nerds, LOL). One evening during the trip, we visited the park at night… and, there, we witnessed the orange glowing smoke, which originated from the lava below. Unfortunately, we were unable to view any actual lava flow during our trip. But, seeing that smoke moving up into the sky – and hearing the explosions beneath it – was an awe-inspiring experience. I learned more about Mother Earth and how she was and IS made, during our visit to Hawaii, than I ever have in a classroom. My respect for the planet has multiplied to the umpteenth degree! 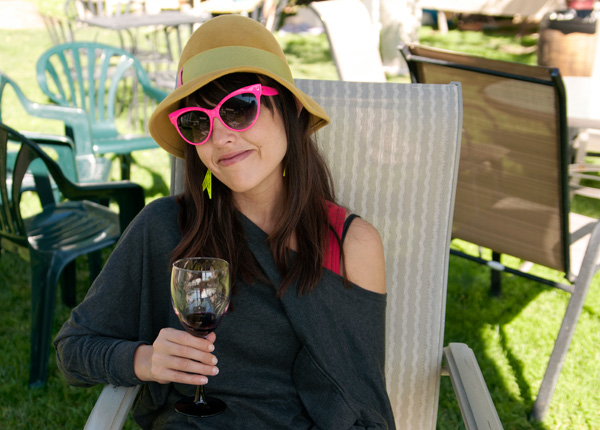 Anyone who knows me knows that I LOVE wine. Lucky for me, there are a number of amazing wineries about five hours away from Vegas. (When you take as many 2 – 2.5 hour drives as Dave and I do, a five hour one really isn’t that bad.) So, for my birthday, Dave and I decided to take a California road trip (San Luis Obispo –> Santa Barbara –> San Diego)… during which, we stopped at three amazing wineries in the SLO area.

I had no idea that Central California’s wineries are almost as good as the ones up in Sonoma. But, they are! I definitely plan on visiting again soon.

4. Spending my birthday in the ocean 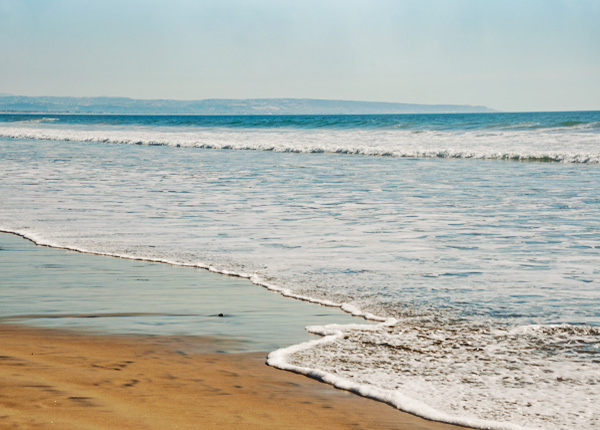 I never would have imagined that an early day in November could be spent laying on the beach in a bikini… AND splashing around (and doing YOGA) in the waves! But, the weather was PERFECT! What a wonderful, and special birthday I had at America’s number one beach – Coronado Beach in San Diego, California. I might just have to make this a birthday tradition! 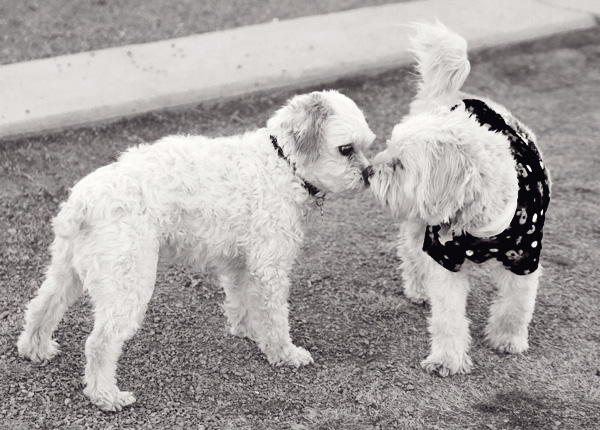 Sangria? Check. A DJ spinning all of the club hits? Check. Dogs running all over the place, and even splashing around in pools? Check! Check! Dave, the pups and I had a freakin’ blast at Rumor Hotel’s Yappy Hour. So much so that we didn’t leave until 10ish PM when they closed. Best part? We made new friends! 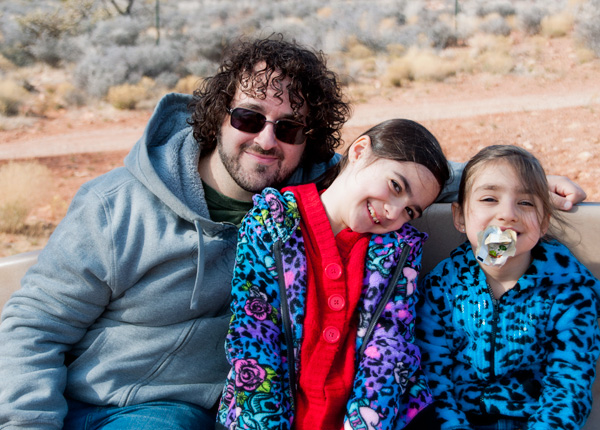 Earlier in the year, I had quite a bit of family in town for my Papa’s 93rd birthday. Two of those family members were my cousin’s two adorable daughters – Marlena (age 9) and Ella (age 5). Usually, I only get to see them once or twice a year. So, whenever we see each other, I really cherish it.

During their visit, Dave and I took Marlena and Ella out for a day. We visited one of my favorite places in Southern Nevada – Spring Mountain Ranch State Park. I’m pretty sure they loved it as much as I do. It was a special day.

7. Christmas Eve at the Dog Park 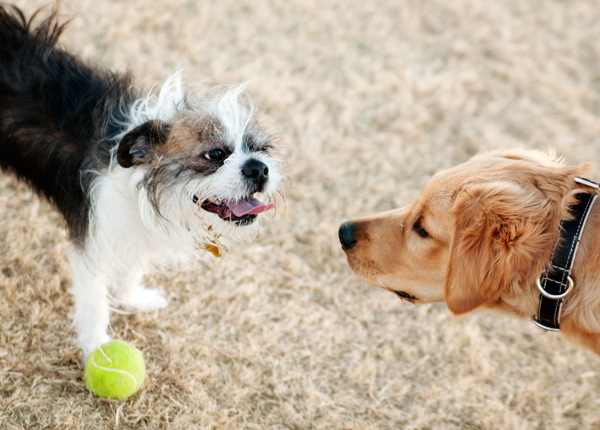 It’s been said that Disneyland is the happiest place on earth, but I disagree. To me, the dog park at Desert Breeze wins – hands-down! (Or is it paws-down?)

Ever since Harvey’s first Christmas with us, four years ago, we’ve been taking him and his sister, Sadie, to the dog park the night before. The reason for this is because it settles both dogs down, so that they are calm and well-behaved at their Grandma’s house later that evening. (We always spend the night at my parents’ house on Christmas Eve – and, of course, the pups come along.)

This past Christmas Eve was no different. We took the dogs to the happiest place on Earth. And, as usual, a wonderful time was had by all. 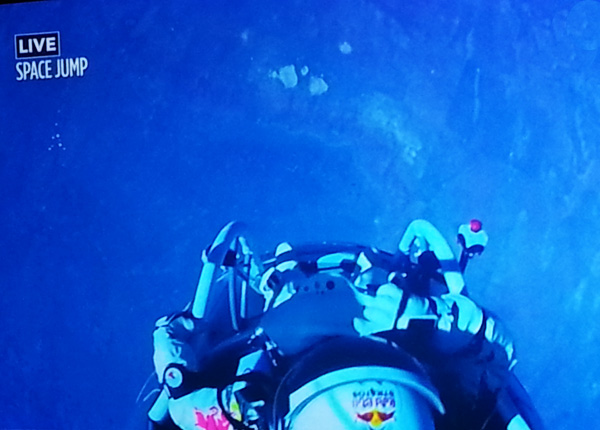 I can almost bet that those who witnessed the first man on the moon, back in the 60’s, likely felt very similar to the way I did when watching Felix Baumgartner dive from the edge of space. There really are no words to describe the feeling. Every time I think about it, I can feel my eyes start to tear up… Incredible! Incredible!